THIS IS THE END

As a part of ‘Jubel’ – the 25th jubilee performance by Danstheater AYA, Cecilia Moisio, Alida Dors and Giulio D’Anna react on the older works of Wies Bloemen. Cecilia chose Eindtijd (2000) and made her own intake on the subject of death and how this is still a taboo within our society. Repeated ways of dying, an analytical approach to the decay of the body and the intense emotional mourning of another where the theme’s that Cecilia used to make this work. 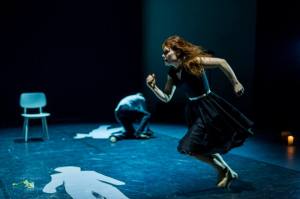 Y.E.S. is a movement and voice performance that dives into one of our most basic psychological needs: to feel happiness. An emotional rollercoaster through boundless euphoria and our quest to make the positive feelings in our lives last. What do we find when these emotions are magnified and held on to for too long? Does real joy exist without its counterpart, sadness? Y.E.S. is based on a part of Cecilia’s latest evening length piece L.O.V.E. and adapted to the 2nd year students of Modern Theatre Dance of the Theater school of Amsterdam.

Sleazy, hard and dirty. This summer Marcus Azzini and Toneelgroep Oostpool will make a big performance for the Parade festival and it’s 25th jubilee. Partymonster combines theatre, dance, music and performance to give an ode to the night and the perfect high. The piece is based on the infamous Club Kid, Michael Alig who was a provocative figure in the New York party scene of the 90’s. He crated extravagant parties with endless freedom for self-expression that broke all the rules. In the night nothing is impossible until he pushes himself to the limits and murders one of his co- Club Kids. Patymonster will tour four cities during the Parade festival: Rotterdam, Den Haag, Utrecht and Amsterdam 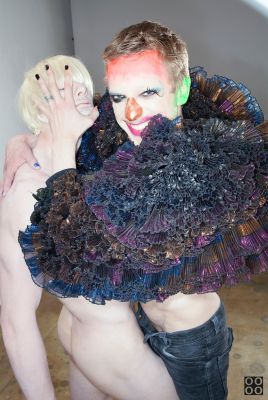