Created for the FAM programme of Tanzmainz, Germany.

In OMGYES two women delve into the sexual psychology of women and the feminine meanings behind the word ‘yes’. What does the word ‘yes’ mean as a concept and for women in a societal context? Admitting to pleasure and your urges is not often allowed for women: How do we deal with this constant conflict between protecting ourselves versus totally letting go?

With OMGYES Cecilia Moisio wants to confront the public with the contradiction of over-sexualising the female body on one hand while totally denying the vulva and it’s biological functions on the other. In our society, women are portrayed as highly sexualised beings that evoke feelings of fantasy and desire that are shown in all aspects of media. But contemporary women don’t want to be seen as victims of  their own gender but want to acknowledge their sexuality as something valuable and individual. OMGYES speaks about these taboo’s and looks at the female sexual urges in an informative, funny, raw and emotional way. 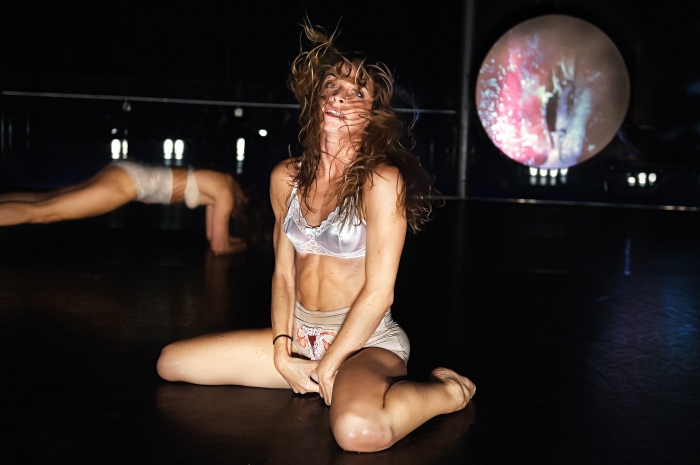